Louise Leong is an artist working in silkscreen printmaking, gouache, and acrylic ink. She is a 2020-2021 Rydell Visual Arts Fellowship Nominee and has exhibited her work internationally, regionally in the San Francisco Bay Area and locally in Santa Cruz. Louise graduated from UC Santa Cruz in 2012, studying printmaking in the Art Department with a minor in Education. In late 2018 she co-founded the Little Giant Collective printmaking studio in downtown Santa Cruz. She has taught art workshops for Youth Now!, a Watsonville-based after school program, Porter College Creative Commons altered book project for Porter Core, and for the Prison Arts Project in the Santa Cruz County Jail. She is currently Gallery Manager for the Mary Porter Sesnon Art Gallery.

Tim Young is a poet, artist and abolitionist. Tim is a wrongfully convicted prisoner and an innocent man on Death Row. He was arrested in April of 1999 for a crime that he did not commit and was subsequently sentenced to Death Row in April of 2006. From a windowless cell on San Quentin’s East Block, a lockdown unit that houses the majority of the 750 people currently on California’s Death Row, Tim sends letters, poems, and plant lists to the students and volunteers that keep Solitary Garden growing.

Solitary Garden is a participatory public sculpture and garden project by award-winning artist jackie sumell. The project matches people who are currently incarcerated and held in solitary confinement with art institutions or universities to grow gardens on their behalf. The gardens are grown around sculptures made following the blueprint of a standard U.S. solitary confinement cell, transforms the image of confinement into a space of nourishment and hope.

Aja Rose Bond is an interdisciplinary artist currently working at the intersection of compost/decomposition and grief/death. She uses iterative processes, ritual, feminist science, writing and social practice to explore the potential to be transformed by deepening relationships with the soil and the pervasive losses of the Anthropocene. Catharsis, reciprocity and wonder are the means by which she endeavors to resume a right-sized place in the web.

Kellee Matsushita-Tseng is a Yonsei, 4th gen queer japanese-chinese american, living and farming on unceded territory of the Awas-was speaking Uypi-tribe, currently stewarded by the Amah Mutsun tribal band. Kellee’s work focuses on building seed sovereignty as a means of cultivating community power and platform for working towards collective liberation. Kellee works with a collective of API farmers and organizers across the West Coast, called Second Generation Seeds, which focuses on preserving, improving and breeding crops significant to Asian American communities. Kellee is currently working as the assistant manager of the farm garden at the UCSC CASFS Farm and Garden, serves on the board of directors at the National Young Farmers Coalition, and organizes with the Asian American Farmers Alliance.

As part of Indexical’s year-long exhibition series, curator Gabriel Saloman Mindel has invited artists, scholars and activists to share their work in a series of free public presentations. Each of these speakers engages with our contemporary landscape in ways that reveal the life-forms and life-ways that give shape to them, and are shaped by them. These talks will expand upon the exhibitions by Suzy Poling and Paige Emery (Oct/Nov), Raven Chacon (Feb/Mar) and Paul Walde (April/May) and dig deeper into the entanglements of landscape and life.

This project was made possible with support from California Humanities, a non-profit partner of the National Endowment for the Humanities. 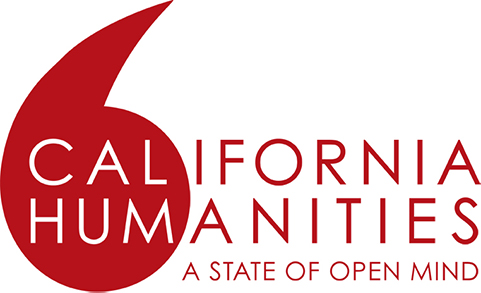