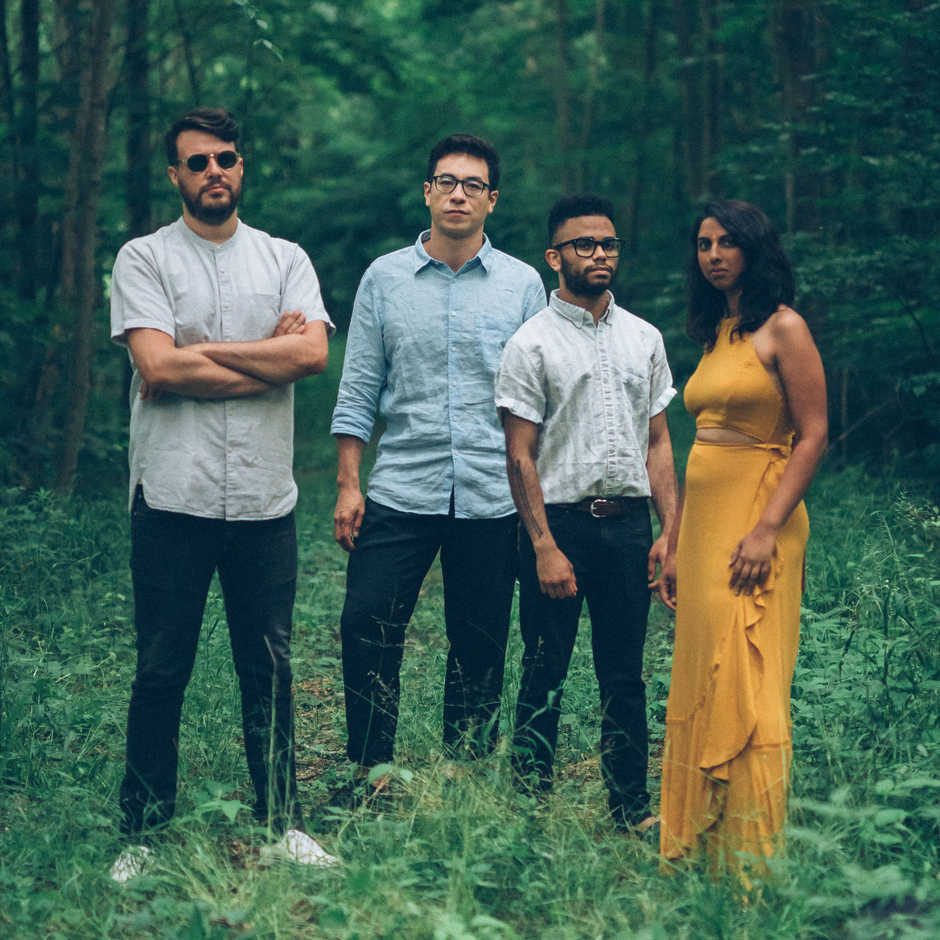 Amirtha Kidambi "takes a holistic approach to singing, which can mean treating every element as unfixed: Words can be opened up, rendered nonspecific. Melody can be repeated and frozen and stuck in place. Markings of rhythm can become utterly abstract, freed from cadence." (New York Times).

Her debut as a bandleader was met with critical acclaim. As Ben Ratliff wrote in the New York Times, “the aggressive and sublime first album by the band Elder Ones, Holy Science, is a kind of gauge for how strong and flexible the scene of young musicians in New York’s improvised and experimental music world can be. At the center of it are drones and phonemes. The group’s leader, the composer and singer Amirtha Kidambi, holds forth behind a harmonium, the small keyboard instrument with hand-pumped bellows; it’s commonly used in bhajan, the Indian devotional-singing tradition that was central to her musical experience while growing up in a South Indian family.” Kidambi formally trained in classical music, singing works by experimental composers including Robert Ashley and Luigi Nono, but the pull of free jazz and Alice Coltrane drew her toward a different path. The influence of both Alice and John Coltrane is especially apparent, as is her work with composer and saxophonist Darius Jones, and her study of Carnatic music. The group’s follow-up album From Untruth will be released in March 2019, on Northern Spy Records.

As a performer and improviser, Kidambi has premiered works by pioneering composers including AACM founder and pianist Muhal Richard Abrams’, premiering his Dialogue Social Roulette in 2013, Robert Ashley’s CRASH at the Whitney Biennial in 2013, Darius Jones’ The Oversoul Manual at Carnegie Hall in 2014, electronic composer Ben Vida’s work Slipping Control for voice and electronics with Tyondai Braxton at the Borderline Festival in Athens, Greece in 2014 and William Parker’s Soul of Light in 2017. Recent recordings include William Parker’s Voices Fall From the Sky (2018), the debut recording of Mary Halvorson’s Code Girl (2018) and Ingrid Laubrock’s Contemporary Chaos Practices (2018). Kidambi has toured nationally and internationally including performances at Carnegie Hall, Newport Jazz Festival, Berlin Jazzfest, Jazz Jantar in Poland and Music Unlimited in Austria. She was a Summer 2018 Artist-in-Residence at Bucareli 69 in Mexico City, where she performed with several local artists including Mexico’s premiere free improvisation collective Generacion Espontanea. Kidambi has been commissioned by the Jerome Foundation, receiving the Emerging Artist Commission in 2014 and Artist-in-Residence in 2018, through Roulette in Brooklyn. She was also a resident artist at the Experimental Media and Performing Arts Center (EMPAC) in New York State, where Elder Ones recorded Holy Science.

Amirtha earned an M.A. in Ethnomusicology from Columbia University, an M.M. in Voice and Musicology at CUNY Brooklyn College and a B..A. in Voice from Loyola Marymount University. She currently serves on the faculty for the New School, teaching music history courses and heading a large scale curriculum development project. She has also served on the faculty at Brooklyn College.