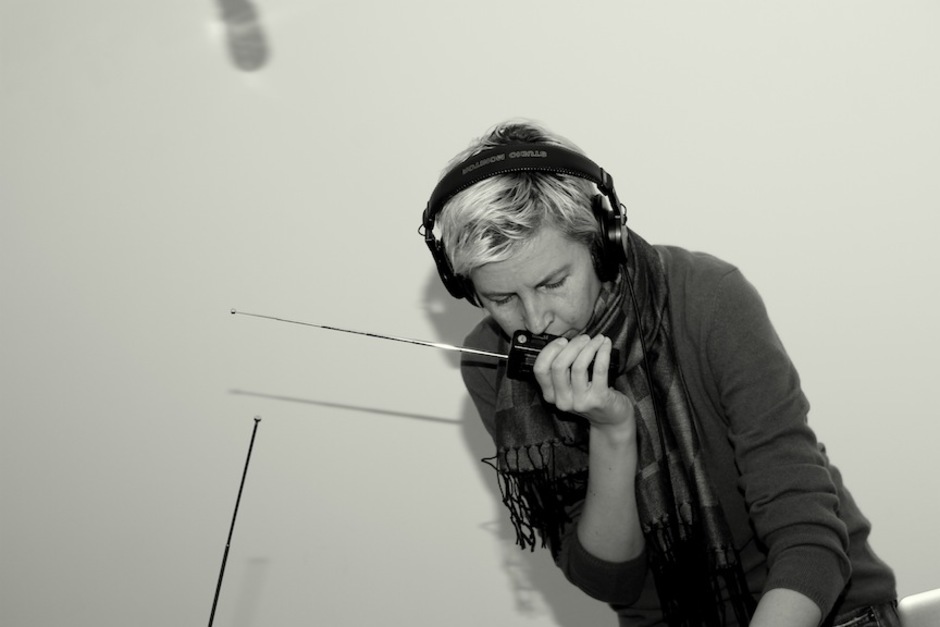 Anna Friz is a sound and media artist who specializes in multichannel radio transmission systems for installation, performance, and broadcast. Since 1998, she has created and presented new audio art and radiophonic works in more than twenty-five countries. Her radio works, in which radio is often the source, subject, and medium, have been commissioned for national public radio in Canada, Australia, Austria, Germany, Finland, and Spain, and heard around the world on national, independent and clandestine frequencies. She also composes atmospheric sound works and sonic installations for theater, dance, film, and solo performance that reflect upon public media culture, political landscapes and infrastructure, time perception and speculative fictions. Friz is Assistant Professor in the Film and Digital Media Department of the University of California, Santa Cruz.