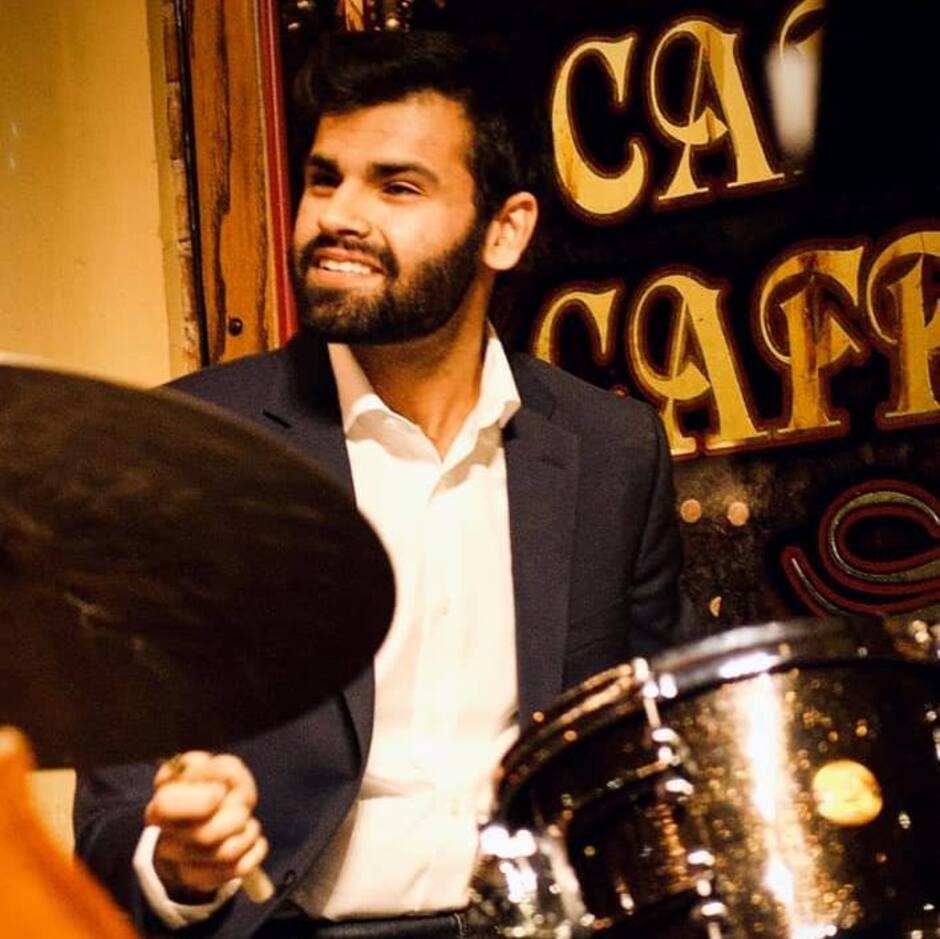 Keshav Batish is a composer and multi-instrumentalist based out of Santa Cruz, California. His instruments of concentration are Sitar, Drum Set, and Tabla. He is a khandani musician and studies Hindustani classical music with his father Pt. Ashwin Batish. Keshav is also currently pursuing a doctorate in Cross-Cultural Musicology from UC Santa Cruz under the guidance of Dard Neuman. American music-wise, he studies drum set with George Marsh and composition with Larry Polansky. He frequently performs Hindustani classical and his interpretation of jazz throughout the Bay Area, featuring his own ensemble as well as playing within other groups as a side-person.