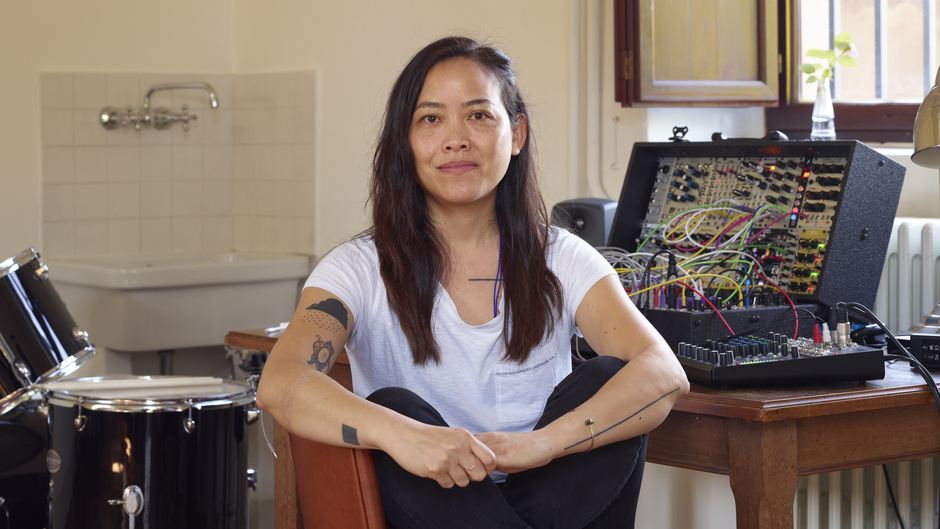 Michelle Lou is a composer, performer, and sound artist working mainly in the realm of electro-acoustic music. Her work has been presented at Wien Modern, Donaueschinger Musiktage, Darmstadt Ferienkurse, Bludenzer Tage zeitgemäßer Musik, Schloss Solitude, The Festival of New American Music, the MATA Festival in New York City, The 66th American Music Festival at the National Gallery in Washington D.C., The Rainy Days Festival in Luxembourg, Ultima Festival in Oslo, Chance and Circumstance in Brooklyn, and Kammer Klang in London, amongst others. She received degrees in double bass performance and composition from UC San Diego and Stanford University, with additional studies at the Conservatorio G. Nicolini in Piacenza, Italy and the University for Music and Performing Arts in Graz, Austria. She was a Radcliffe Fellow at Harvard University and an Elliott Carter Rome Prize Fellow at the American Academy in Rome. She has taught at the WasteLAnd Summer Composition Course, the Akademie für Neue Musik in Boswil, Switzerland, and as a Visiting Lecturer at Dartmouth College. Michelle is currently a Visiting Assistant Professor in Composition and Electronic Music at UC Santa Cruz.