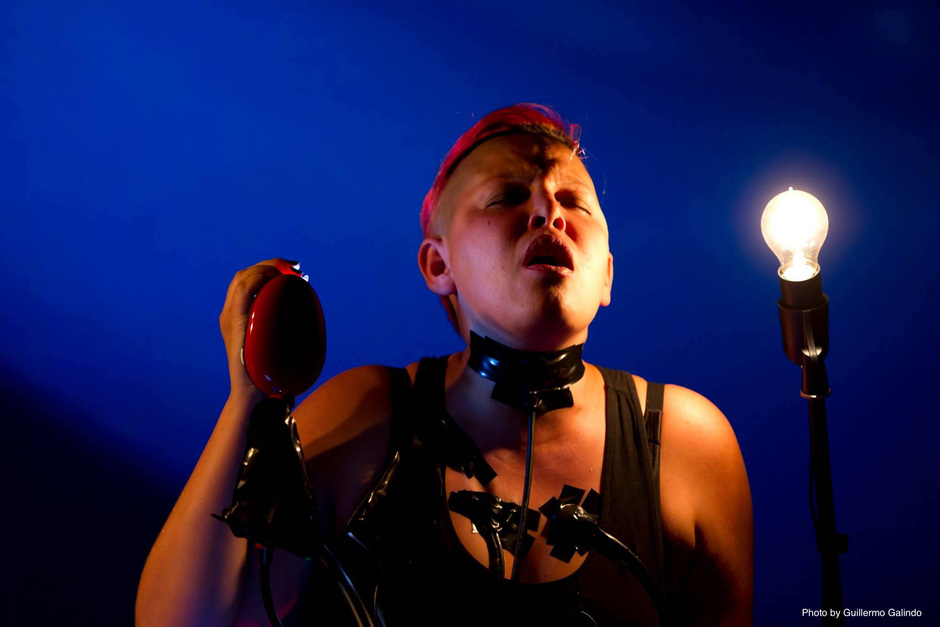 Carmina Escobar is an experimental vocalist, improviser, and sound and intermedia artist. Her practice—comprising installation, performance, and multimedia projects—focuses on sound, the voice, and the body, and their interrelations with physical, social, present, and memory spaces.


Escobar has developed a range of vocal techniques that she applies to her creative practice and also to investigations of radical ideas and concepts regarding the voice. Having emigrated from Mexico to live and work in Los Angeles, key to her practice is the exploration of interstitial states of being—suspensions between worlds, between politics, and at borders. In 2019, she received a Foundation for Contemporary Arts Emergency Grant to present Mami in the exhibition Cantos Comunes/Common Chants at The Blockhouse in Havana, Cuba. This participatory and process-oriented piece was developed in the days leading up to the performance. Escobar used the idea of Mami Wata—a water deity venerated in West, Central, and Southern Africa—as an expression of diaspora, and to reference ideas of fertility and togetherness.

Carmina Escobar is Indexical’s inaugural Summer/Fall 2019 Artist-in-Residence, and this is the first of three events she will engage in throughout the year. Escobar is an internationally active performer and creative artist, and has been teaching voice lessons and workshops for the past 16 years across the Mexico, USA, Europe, and Latin America. Currently she is a VoiceArts faculty member at CalArts where she facilitates experimental voice workshops, forums, contemporary repertoire, technique and performance practice as well as individual voice lessons.