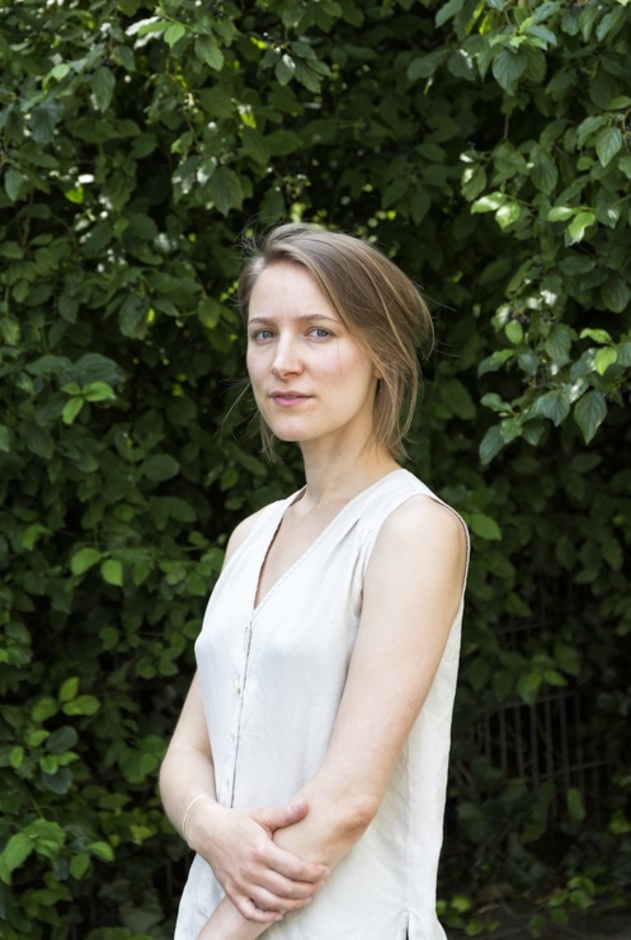 Catherine Lamb (b. 1982, Olympia, Wa, U.S.), is a composer exploring the interaction of elemental tonal material and the variations in presence between shades and beings in a room. She has been studying and composing music since a young age. In 2003 she turned away from the conservatory in an attempt to understand the structures and intonations within Hindustani Classical Music, later finding Mani Kaul in 2006 who was directly connected to Zia Mohiuddin Dagar and whose philosophical approach to sound became important to her. She studied (experimental) composition at the California Institute of the Arts (2004-2006) under James Tenney and Michael Pisaro, who were both integral influences. It was there also that she began her work into the area of Just Intonation, which became a clear way to investigate the interaction of tones and ever-fluctuating shades, where these interactions in and of them-selves became structural elements in her work. Since then she has written various ensemble pieces (at times with liminal electronic portions) and continues to go further into elemental territories, through various kinds of research, collaboration, and practice (herself as a violist). She received her MFA from the Milton Avery School of Fine Arts at Bard College in 2012 and is currently residing in Berlin, Germany.