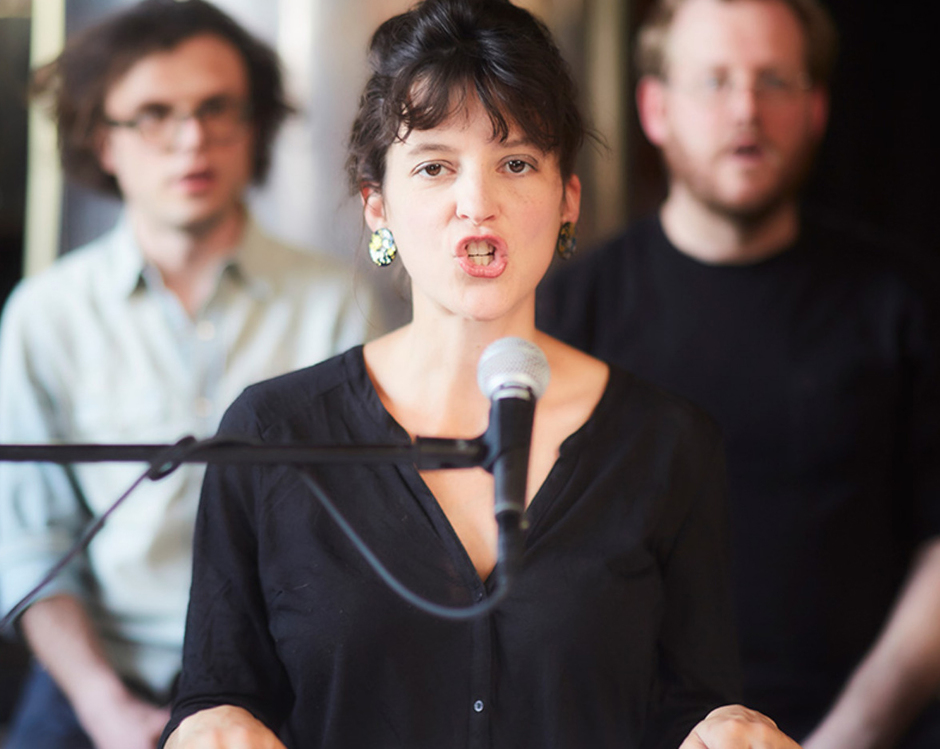 Natacha Diels’ work combines ritual, improvisation, traditional instrumental practice, and cynical play to create worlds of curiosity and unease. Recent work includes the completion of a series of fairytales/nightmares for performers, and the construction of a Portal with her performance duo On Structure.

Natacha founded the experimental music collective Ensemble Pamplemousse in 2003, and continues to be its director and flautist. In 2009 she co-founded the performance duo On Structure with Jessie Marino. Pamplemousse specializes in unique aspects of composition and new music, from complex virtuosic instrumental performance to experimental theatre to electronic and robotic performance. Inexorably uncompromising, the group has developed its name by presenting exquisitely challenging music at both internationally recognized festivals such as Borealis Festival (Norway) and Transparent Sound Festival (Budapest), and lesser-known gems such as Louisville’s Experimental Music Festival (KY). On Structure is a sound-centric highly choreographed paradoxically improvisatory collaboration project, performing whenever travel paths collide. In 2016, On Structure was featured at SPOR Festival (DK) and Omaha Under the Radar (Nebraska).

As flautist, Natacha's performance has been likened to “an insane, barking bird who can’t find his way out of his own birdcage” (The Sound Projector).