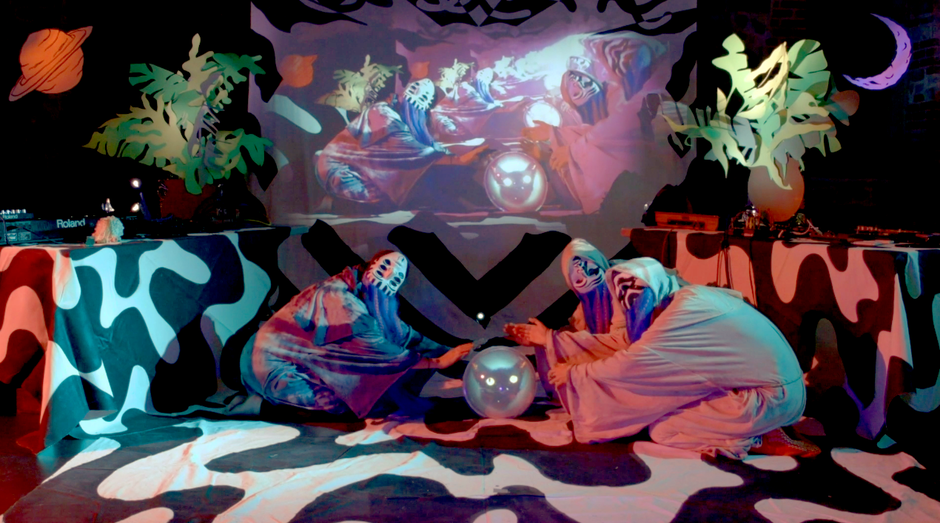 The Powers is at once a band, an artistic collaboration, and a research group committed to weaving alternate realities through video, music, story-telling, dance, and ritualistic performance. The Powers create a speculative reality that is absurd, irreverent and terrifying, inhabited by animal kin and monstrous creatures, haunted by other-dimensional entities, and erupting with the repressed archetypes of classical myth. In this world, The Powers foster dynamic relationships with all sorts of beings–earthly, embodied, and otherwise. They invoke a pantheon of characters and deities, and include them in feminist reconfigurations of hetero-patriarchal myths. They draw inspiration from mythological trinities of sisters such as the Graeae, the Gorgons, and the Fates, and recast these icons in chaotic media events. Their 4-episode web series, “Sistership TV”, explores various topics including the cyborg, telepresence, hysteria, the seance, witchcraft, and animal communication.