SOLD OUT! Tickets will not be available at the door.

Indexical presents a night of psych-folk and improvised drone at Wind River. Meg Baird & Mary Lattimore combine guitar, harp, and an array of electronics for a sound that crosses the line between folk and electronic experimentation. Gabriel Saloman, a Santa Cruz-based musician widely known for his work in seminal noise band Yellow Swans, collaborates for the first time with hurdy-gurdy player and composer Mustafa Walker in a set with bowed electric guitar and electronics.

Independently, Baird and Lattimore have each cultivated highly individual and idiosyncratic tools of expression. Baird’s timeless and soaring voice, guitar, and drums have underpinned pastoral and folk rock explorations as a soloist and in band settings with Espers and Heron Oblivion. Lattimore’s albums of enigmatic, spectral experimental harp sounds move and unfold like films and nature itself. The list of artists that have called upon their voices, talents, and visions to enrich their own work is expansive—a virtual pocket encyclopedia of contemporary indie and experimental musicians.

Over the course of “Ghost Forests"’ six collaborative compositions we hear deeply sympathetic conversations between the two artists. With access to a deep pool of shared influences, these two friends assembled a collection of sounds conjured from harp, guitar (both acoustic and electric), synths, the human voice, and a shared poetic language. Baird and Lattimore’s subjects range from the sound of light on water, seismic geopolitical anxiety, the smog-exploded sunsets of Don Dudley’s paintings, and vertigo from their respective relocations to San Francisco and Los Angeles from their once-shared home in Philadelphia.

The synthesis of their vision welcomes listeners who might have been familiar with only one of the performer’s solo oeuvres. It also speaks to long-time fans both artists who have long wondered what this dream collaboration might yield.

Steve Gunn has long known Baird and Lattimore and worked with both on his own albums. He says “Meg Baird and Mary Lattimore are two musicians that I greatly admire. ‘Ghost Forests’ is an ace meld of their abilities; Meg’s guitar and voice, and Mary’s harp lead each other (and us) into further regions of the strata. With each song you can hear this remarkable kinship. I’m thankful for this soundtrack.”

"Ghost Forests"’ musical conversations are intimate, fluid, effortless and spontaneous. They’re filled with the euphoria of creation and, at times, they articulate hard truths and tangled emotions with an ease only trusted friends can manage. The songs alternate between extended ethereal instrumental excursions, gauzy and dreamy pop, blown-out "Bull of the Woods” heavy haze, and modern reimaginations of epic traditional balladry—all while touching on the strange and otherworldly places between these stations.

With “Ghost Forests” Baird and Lattimore have given us all a timeless gift that generously rewards immersion and deep investigation. It is our collective good fortune as listeners that we are able to eavesdrop on their conversation through these songs. It is also a wonder to hear two unique artists interact to such beautifully original ends. 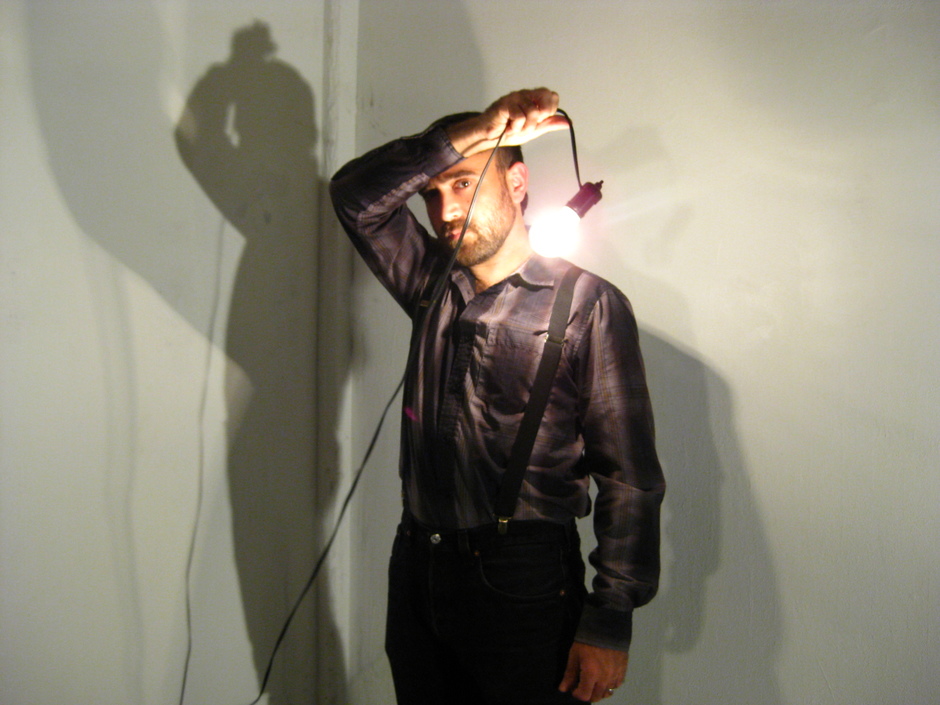 Gabriel Saloman is a Santa Cruz, California based musician and artist. Saloman has been performing experimental, conceptual and freely improvised music for two decades. He is well known for his work with Pete Swanson in Yellow Swans, a Portland based noise group that released over 50 recordings and toured internationally over the course of its nine-year existence. He currently performs solo under his own name and has released records with Miasmah (GR), Shelter Press (FR), Infinite Greyscale (GR) and Beacon Sound (US). He has collaborated with numerous artists including Peter Broderick, Common Eider King Eider, C. Diab, Machinefabriek, and as a member of Chambers with Michael Red. Much of his recent music has been composed for contemporary dance, including collaborations with choreographers such as The Contingency Plan, Daisy Karen Thompson, Lisa Gelly Martin, Rob Kitsos, Company 605 and Vanessa Goodman. He has been invited to perform at numerous festivals and arts institutions around the world, including most recently at the Berkeley Art Museum (USA); The Frye Museum of Art (USA); Indexical (USA); Kunstewerk Institute of Contemporary Art (GR); Muziekenbouw (NL); and The Western Front (CAN).

Performing live Saloman has consistently explored the outer limits of electric guitar drone, testing the emotive and material possibilities of the instrument alongside field recordings, magnetic tape and sampled piano and percussion. On record his compositions approach a neo-classical ambience, and stem from investigations into temporal abstractions, conceptual sound art and gestural noise. Within his work is a parallel concern with sound as both liberating practice and praxis. In particular he is interested in sound’s relation to the body and its capacity to move collective bodies in space.

Saloman received an MFA at Simon Fraser University’s School for the Contemporary Arts. He is currently pursuing a PhD in the History of Consciousness program at the University of Santa Cruz.